Daily updates, the Roadmap, and more

This is the first of the daily updates we’re going to be adding to the Roadmap site on every weekday. As the first entry, this is going to be unusually long for this format.

Daily updates will take the form of a couple paragraphs at most, written by someone in the team – not necessarily me – about what we as team did on that day. There’s a chance that these updates will be fairly innocuous on most days, but it’s an effort to keep a communication channel open and constantly updated as we move forward.

The roadmap site (the very one you’re in now) will become the place to report bugs, suggest features, and track WP Ultimo progress. The advantages are plentiful: It allows us to get the community back to a place where we can have more strategic discussions, and allows the team and customers to keep track of issues in sane way – which was impossible with the way posts are structured in the community.

As a result, during this week, we’ll start to roll out changes to certain community spaces and the overall rules for posting.

The roadmap uses the unified WP Ultimo account, so it can be accessed using the same credentials you use to access the community.

We’re adding tickets from the community here, but you can consider it open for business. If you don’t see an entry with some issue you’ve been experiencing, feel free to add it. Itens get added as “pending” and are not publicly available directly after posting, so it might take some time before it appear as listed.

Reports here on the roadmap also contain a field for a private note. Make use of that field to provide additional information we can use to replicate the issue being reported, but that you don’t want to be publicly available to other visitors.

Later this week we’ll add articles covering the process of adding new reports and suggestions, as well as the general rules for doing so. There’s no mystery, though, and the process is pretty straight forward, so you can do it already if you have something to report or suggest.

For a number of reasons, Monday proved not to be the best day to commit to a regular update. We’ll do some experiments internally to see what weekday fits best into our team dynamic, specially now that the dev and support teams are growing considerably.

A bi-weekly release schedule might be more like it. Again, we’ll keep you posted on daily updates and we are open for discussions on the comments of those with you all.

On the state of affairs

The transition from solopreneur/maker to company-owner/manager has not been the easiest one.

I have had calls with a lot of plugin developers that now lead large companies and their experience seems to be the same. They all managed to get through it – in various degrees of messing everything up in the process -, so that’s something I try to hold on to – even though it’s now pretty clear that if I make it, I’ll be on the end of the spectrum of “messing things up”.

I’m a maker first and foremost. There’s pretty much only one thing I consider myself good at: transforming an idea into something tangible that people can use, mostly through design and code. Unfortunately for me, you can’t really build a company on that alone.

There’s so much I need to do other than coding these days that it can get really frustrating at times. Some days, after being in the office for 12-14h working on things not directly related to the product development, I still feel like it’s a day where nothing was accomplished – even if I have done things that are absolutely must-dos, such as processing payroll and filling taxes.

WP Ultimo grew to become something that can no longer be contained by me alone. Well, it really shouldn’t be contained at all, specially given the window of opportunity we have ahead of us.

Starting today, another team member is taking over most if not all administrative tasks regarding WP Ultimo and NextPress as a whole, which will free me to deal with the product vision and development. We’re also growing the support and developer teams to be able to take on the backlog we have.

Our short term goal is simple: get the core functionality to a stable working state. We’ll get there with 2.1.0. The scope is a bit larger than what I originally though, so we might still be a month or so away from reaching that goal.

Some of the solutions included on this dot releases will not be ideal ones just yet, but our goal is to address the most urgent issues in a way that it buys us some time to work on the final solution to be shipped with 2.1.0.

Version 2.0.11 will be released later this week – with more info provided on daily updates here.

Unfortunately, this also means that no new features will be developed until 2.1.0 is out, even those that are almost in a ready-to-ship state, as to not introduce additional points of failure that can delay the process.

After 2.1.0 is out, feature freeze is lifted and we’ll decide together, using the Roadmap voting feature, which new features should be given priority to in the subsequent releases.

I think that’s all for today! 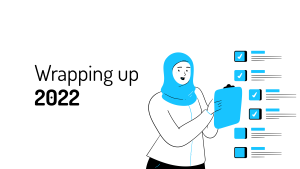 Happy Holidays and an amazing 2023!

Hi everyone This year has challenged us (and everyone, I guess) in many ways. Yet, here we are, ready to close 2022 on a high note and eager to see what 2023 will bring. ✨ First of all, we’d like to thank the fantastic people on our team, who help us build a better product

Hi everybody, Today we release WP Ultimo version 2.0.23. This release is focused on bringing more flexibility to the way your Network can work. Site-less Memberships From now on, Site URL and title fields are no longer mandatory on your checkout forms. If you choose to add only one of them, the other will be

Today we are launching WP Ultimo 2.0.22. This release is focused on improving the options to create better customer experiences in WP Ultimo networks. UI Blocks and settings WP Ultimo 2.0.22 improves our current block elements, allowing the creation of admin screens in the main site. This works well for networks with one site per

Hi everybody, Today we release WP Ultimo 2.0.21. This version is a patch to address the bug causing problems with discount code usage during checkout introduced on 2.0.20. We are already improving our tests suite to better cover discount codes and prevent such errors from happening again. Hope you all have a nice week.

Following a new release schedule, focused on bringing a new version each three weeks, today we make WP Ultimo 2.0.20 available to everyone. This new stream of releases is giving us a better time to work on more significant updates, changes to come, and a bigger window to run tests. This new version brings several

Hello everyone, It took a bit longer than originally expected to release this build as it touched sensitive portions of the payment flow and we wanted to be extra careful with testing. In version 2.0.18 we introduced a new form to deal with pending payments, A handy link to the payment form on the Invoices